While technologies have been growing at a steady pace during the last century, the way in which we think, the core of our mindsets can not cope with the speed of these changes. Some of these mindsets could be; gender inequality, xenophobia,  not being sustainable with our resources, and greed between much more. We can find these ways of thinking worldwide independent of race and culture, and also we can find innovations that want to solve these situations.

Education is the way that we acquire knowledge in the form of the past experiences of people that have lived before us. The way that we receive, it has been the same for the last couple of thousands of years, and it is already time that it changes for the best. Some public pre-schools/kindergartens in Sweden, managed by Lotta Rajalin, realize that knowledge at this period of life could make a significant impact on the future mindset for the children, so they started innovating within, even against uncertainty,  to solve the gender inequality issues.

The pre-schools stated before, are applying gender-neutral environments on which children can participate in all kinds of activities, and are inspired to explore their full range of emotions. On this kind of kindergartens, the staff is trained not to make differences between boys and girls; they don’t label de children with qualifications as cute, lovely, wild, beautiful, and helpful. As a result, children that participate in this kind of pre-schools are more inclined to play with unknown children of the opposite gender, and not be influenced by cultural stereotypes.

The question that raises is if fixing world issues is as simple of changing the way that we educate children, why we don’t do it?

Education, as an institution, has organizational inertia. Resistance to change in education seems like a defense mechanism to keep doing things exactly in the same way that we do because of the uncertainty that could happen if we don’t. This resistance could be based on our culture, beliefs, and mindsets.

How can we solve the old mindsets stated before with innovation?

There are various tools that you can use to innovate, in this case, I will use one that simulates a funnel on which the starting point is an opportunity or idea.

Using a tool called The Fuzzy Front End Of Innovation, also know as FEI, we can use these mindsets as a possible source of possibilities, create innovative concepts to solve the issue at hand and finalize with a possible prototype as a solution. FEI characterizes for allowing creativity and value creation in a systematic manner different from the formal development process.

As an example, Sweden preschools took gender inequality as a source of opportunity; they create a solution prototype out of it, they created and tested a minimum viable product, and they launch it. It is very probable that they still need to modify it in the future based on the feedback and the results. Should take into consideration that this kind of innovation are experimental and are often uncertain with a significant amount of speculation.

As you could notice, the example also follows the central principle of the lean startup methodology; build, measure, learn, and start again. In this case, we also start with the problem to be solved,  in the example, we used gender inequality.

We are on the edge of the change of education as we know it, will be interested to know who and how is going to innovate in this area, as to also see the results of kindergarten schools applying the method described in this report and if they are more likely to succeed. Maybe it will be even the first step for people to be what they are and to do what they want with their life.

This site uses Akismet to reduce spam. Learn how your comment data is processed. 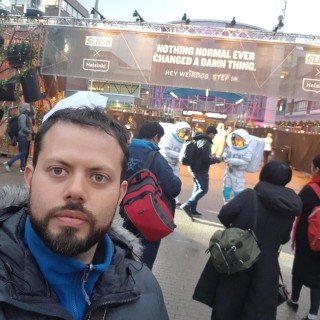